This past weekend, I took a road trip to Los Angeles with my boyfriend to visit my sister and her boyfriend. While there, I took the opportunity to hit up a few yarn stores. I’d done some research before by looking at the stores that participate in the LA Yarn Crawl. The LA Yarn Crawl is one of the largest yarn crawls in the US, and it’s taking place next weekend! I actually considered going, but the 6 hour drive to LA is a little too much for two weekends in a row.

The first store I visited (The Altered Stitch) I’d chosen mostly due to convenience – it was on the north side of the LA, and I stopped there on my way down. I’m really glad I decided to stop by, though, because it was a really great store! They had a huge selection of Hedgehog Fibers, which I’ve been really wanting some skeins of. The women working in the store were super friendly and fun to talk to, and they had a bunch of beautiful shawls hanging all over the walls of the shop. There was a lot of space for sitting and knitting – it made me wish I lived close enough to visit regularly!

I got 3 skeins of Hedgehog Fibers Merino DK in the colorway Salty Tales. I’ve been wanting to make something DK weight, and I was thinking I could pair these with a brownish yarn – any suggestions out there for patterns or DK yarns? 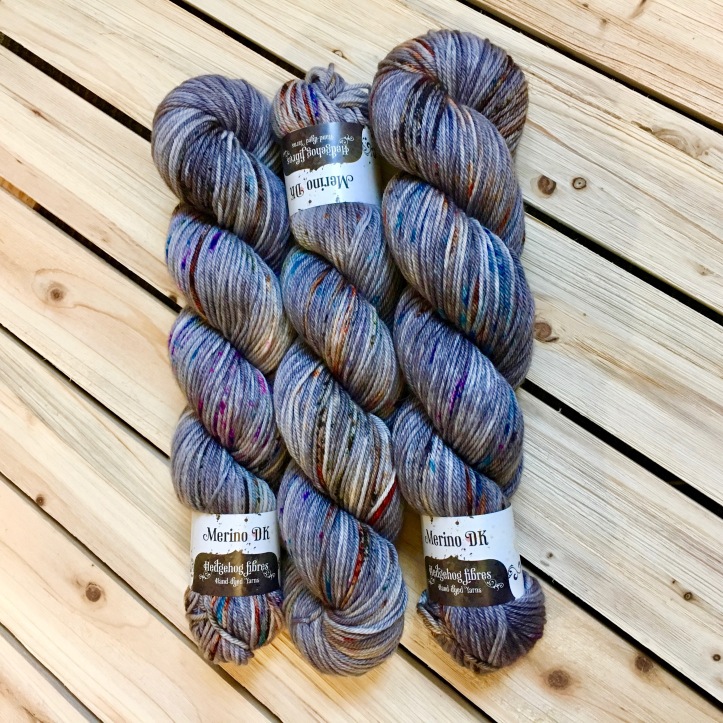 I also visited Gather DTLA while I was in Los Angeles. The yarn store is on the second floor of The Last Bookstore, which was a cool place to visit in and of itself.

The yarn store itself was pretty small, but did have some interesting looking yarns and friendly people. I didn’t end up buying anything since I had already bought yarn on the trip, and nothing seemed special enough. I did consider picking up a copy of West Knits Best Knits, which I’ve been wanting to own, but I decided to hold off on that.

I wish I could have visited more yarn stores in the LA area (there are so many!), but I think the two I did get to visit were definitely good choices. What yarn stores in LA (or elsewhere!) are worth a visit?