As I’ve mentioned in my last couple of posts, I was recently in Germany for a conference, and then I got to spend a couple of days hanging out in Munich. I love going to yarn stores when I travel, and I was excited to see what Munich had to offer. Fair warning: I did a pretty terrible job of taking pictures on this yarn crawl. The 3 stores I visited were artilea, Die Mercerie, and Rauwerk.

First of all, Munich is a super beautiful city, and it was cloudy and lightly snowing almost the entire time I was there, and it was so magical. I just wanted to knit with warm, chunky yarn and drink tea all the time. There is a ton of green space around the city, including the English Garden (which is so huge!). I don’t really understand how everything was so green when it was so cold and snowy, but it was so, so beautiful. 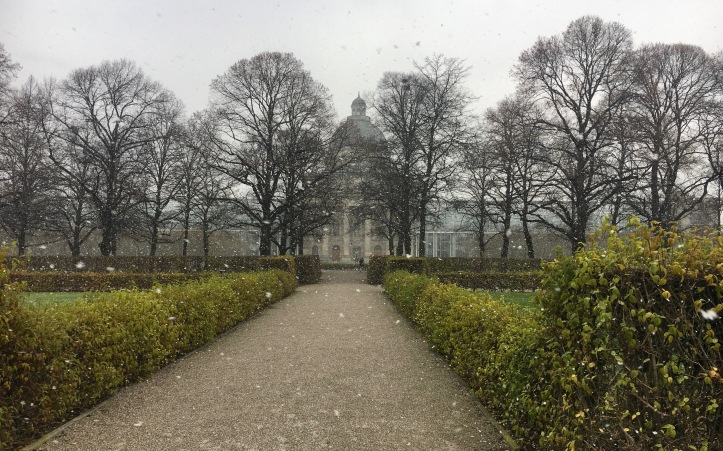 The first yarn store I visited was artilea. It’s the shop closest to the city center. (I didn’t take any pictures, but there are a lot of good ones on their website!) The shop was fairly small and packed full of yarn. It was super cozy, and the people there were very friendly. Artilea was definitely focused on more commercial yarn, and they had a huge selection of Lang Yarns, which is a German commercial yarn company. I picked up a couple balls of Lang Ario (colorway 0064) to knit a chunky hat. I also got a skein of yarn by Drachenwolle, a German hand-dyed yarn company. 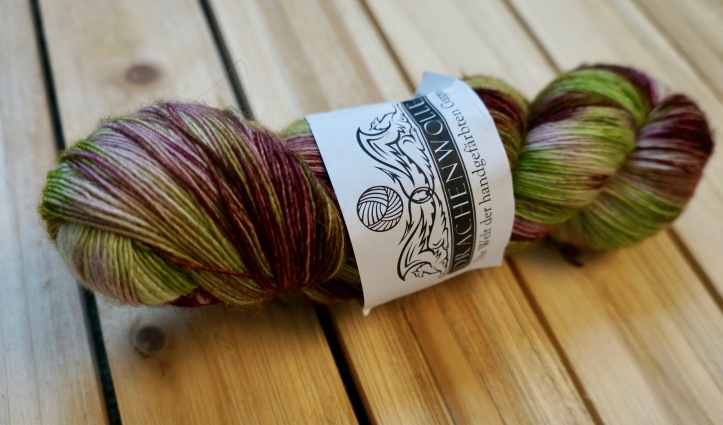 This is a single ply merino lace yarn base in their Dionysus colorway. It’s 600 m, so it will probably grow up to be some sort of shawl.

The next shop I visited, Die Mercerie, is a bit further from the city center – you probably need to take some sort of public transportation to get there, but Munich has amazing trams/subways/light-rails, so it was not difficult. 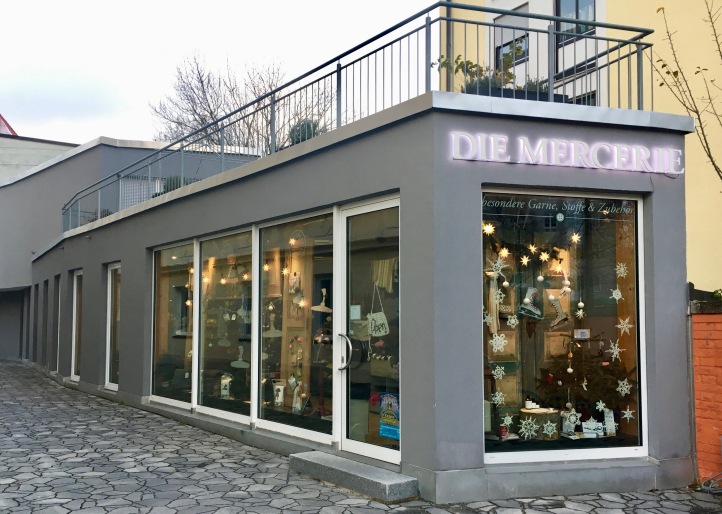 This was actually the store I was most excited about, because I knew from their website that the store also has a cafe in it (pictured below, on the left), which I think is an amazing idea.

The store is pretty small but not too crowded with stuff – it has a very elegant feel to it. The one thing I was a little disappointed about was that they didn’t have much German yarn. It was actually a lot like a yarn store I would visit in the US. They did have a store brand of yarn in a few varieties (pictured above, on the right), and I bought 2 skeins of their Tiny Cloud yarn. 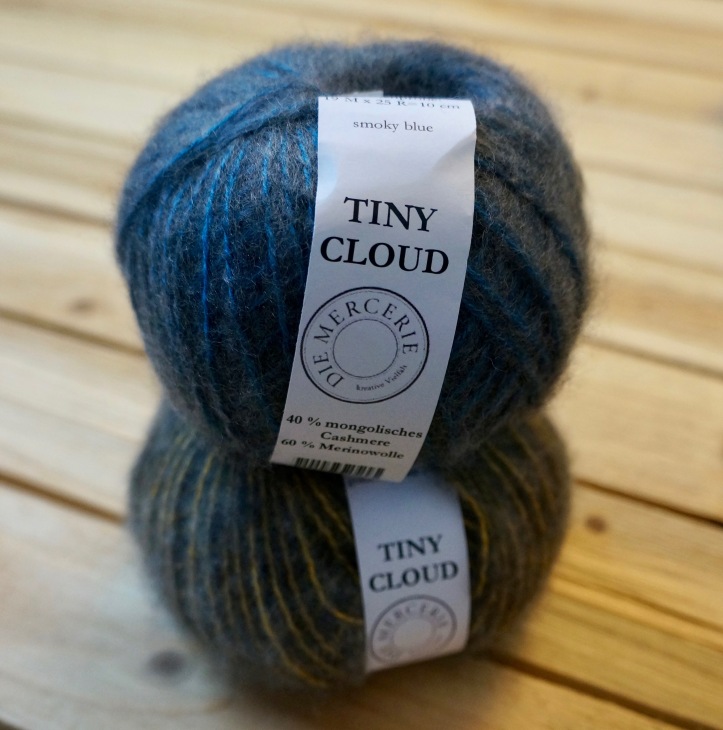 It’s a 40/60 Mongolian cashmere/merino, and I got one skein each of golden brown (above, bottom) and smoky blue (above, top). Maybe they’ll be a fuzzy hat? I wish I’d had time to sit and knit in this store! It was so cozy and welcoming, and there were a lot of people hanging out.

The final store I visited was Rauwerk (again, no pictures of the shop, but they’re pretty active on Instagram). They’re a fairly new store to Munich – they just celebrated their 1 year anniversary. The store is located across the river from the city center, but it’s definitely a walkable distance. This store focuses on eco-friendly yarns – think sustainably sourced and natural dyes. I bought 3 skeins of Hey Mama Wolf yarn (also available on Etsy!), which is hand-dyed specially for the shop and uses yarn from sheep local to Munich. 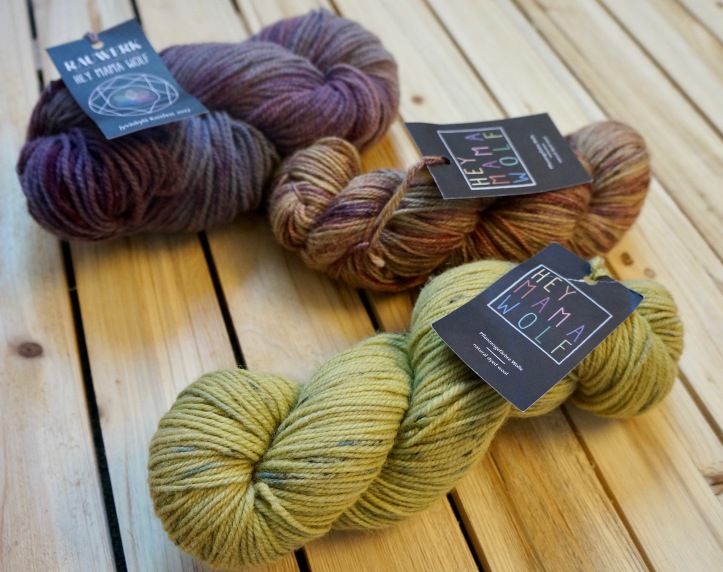 I got one skein 100% wool in the round & round colorway (above, front), one skein of sock yarn (80/20 non-superwash merino and corriedale wool/ramie) in the golden lights colorway (above, middle), and one skein of naturally indigo dyed 100% wool (above, back). The person working in the store when I visited was just helping out while the owner was out of town, but she was super nice and informative about the shop and the wool they sell.

All in all, I had a ton of fun exploring Munich, and I definitely want to go back and spend more time there!